John Cena is a WWE Champion, World Heavyweight Champion, U.S. Champion, World Tag Team Champion, WWE Tag Team Champion, two-time Royal Rumble Match winner, and a 2012 Money in the Bank Ladder Match winner. He has been described as "the face of the WWE for a long time" and one of the most polarizing and divisive figures in WWE (or even professional wrestling) history, despite playing a heroic character for the majority of his career. Not only is he an awesome wrestler, but he is also a bodybuilder, rapper, and actor too! Obviously he is a man of many talents and he is looked up to by many! Order this standup today! Size is74" x 27". Sku # 1687 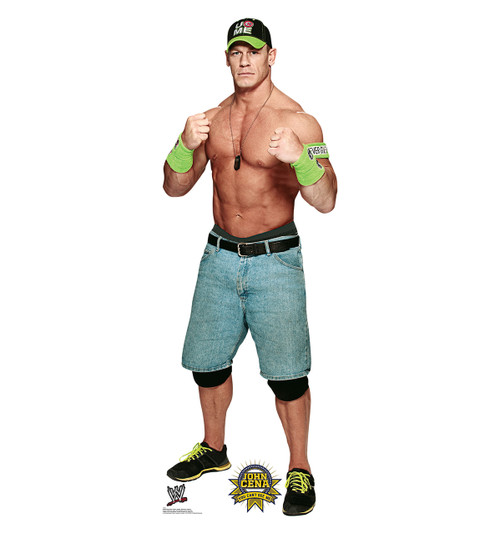