Elvira, Mistress of the Dark is a 1988 comedy horror film directed by James Signorelli. Cassandra Peterson plays the role of horror hostess Elvira in her feature film debut. Los Angeles TV horror hostess Elvira (Cassandra Peterson) quits her job after an outburst involving sexual harassment with the station's new owner. She discovers she has been included in the will of her late great-aunt Morgana, which entitles her to all of Morgana's worldly possessions: a mansion in Fallwell, Massachusetts, a poodle that doesn't really seem to be what it appears, and a book of what she considers cooking recipes. Despite her brazen and seductive exterior, she is determined to start a life in this conservative town and even striking up a friendship with Bob Redding (Daniel Greene), the local theater operator. Get your cardboard cutout of Elvira today! You'll love it! Sku # 816T 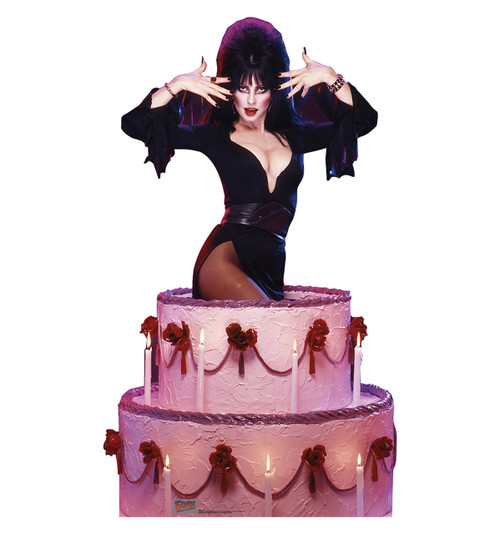